Trezvon - to reduce the effects of alcohol intoxication

2018 Which peptides are the most important 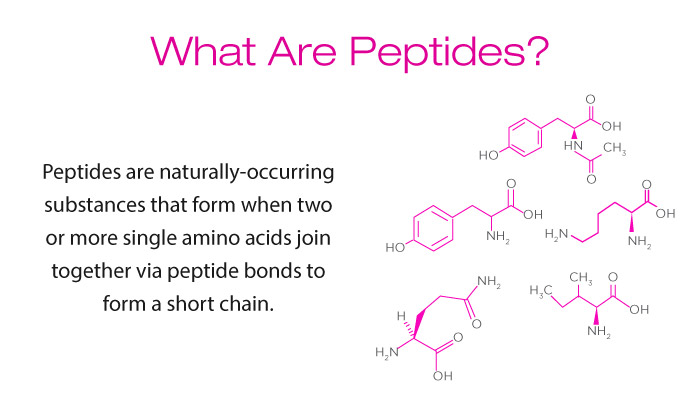 President of the Gerontological Society at the Russian Academy of Sciences, Doctor of Medical Sciences Anisimov  on the question of what is the most important for the extension of youth, replied: "It is much more effective than the pharmaceutical products of youth to prolong a healthy lifestyle and a good mood." The importance of a healthy lifestyle does not cause doubts, but the importance of good mood is not so obvious.
Everyone knows that there is a "pleasure hormone" - serotonin. But not everyone knows that it is from serotonin that one of the key hormones of time resistance is produced, the so-called "hormone of youth" - melatonin.

Serotonin, in turn, is synthesized by the body from the amino acid tryptophan. When we consume tryptophan with food, the body turns a significant part of it into serotonin. Tryptophan in significant quantities is found in hard cheese, cottage cheese, milk, eggs, lean meats, lentils, peanuts.

However, the enzymes that control the conversion of serotonin into melatonin are suppressed by illumination. This is why the production of the hormone melatonin occurs only at night. Therefore, at night, a person must sleep, since during the period from midnight to three o'clock in the morning, melatonin is produced, the level of which is a marker of aging. If a person constantly works on a night shift, he grows old faster. Thus, the production of melatonin is mainly influenced by a sufficient night sleep (always in the dark!) And a good mood.

In pharmacies you can buy synthesized melatonin. It is used for insomnia, when changing time zones, etc. In America and Russia, the drug melatonin is equated with dietary supplements, and in Germany it can be bought only on prescription. It is not recommended to take it for a long time, because, firstly, hormones are getting used to, and secondly, the effect of synthesized melatonin is not fully understood and is considered dangerous by many scientists. can even provoke the appearance of cancer cells.

Russian scientists have set themselves another task: how to force the body to produce the amount of melatonin necessary for it?
Endoluten,Vladonix peptide preparations of thymus and epiphysis
The "hormone of youth" melatonin is secreted by the cells of the epiphysis.

The epiphysis (pineal gland) is one of the most important organs in the human body - it is responsible for diurnal and seasonal rhythms, for immunity, regulates the functional state of the endocrine glands, protects the body from the effects of free radicals, and hence from cancer, AIDS, etc. The state of the thymus depends completely on the condition of the epiphysis.

Thymus (thymus or thymus gland) is the endocrine gland that plays a crucial role in the formation of immunity. It stimulates the development of T (thymus) cells. T-cells (one of the types of lymphocytes) fight against ingested foreign substances and control the production of antibodies against pathogens.

In children and young people, the epiphysis and thymus are active. With age, the epiphysis begins to degrade, to dry up, which leads to a decrease in the production of melatonin. Then it becomes less active and decreases in size of the thymus. This leads to a decrease in the production of the hormone thymulin, which creates disease-fighting T cells. All this leads to a decrease in immunity, disruption of the work of organs and systems. The process of aging begins, chronic diseases develop.
It must be added that in the process of studying the activity of the epiphysis it became clear that there is an interaction of the epiphysis not only with the thymus, but also with other endocrine glands, in particular, with the thyroid gland, adrenals, pituitary gland, etc. This prompted scientists to think that it is possible to influence work of the whole body by normalizing the functions of the epiphysis. Therefore, the first created peptide bioregulators were:
a preparation from peptides of the epiphysis (pineal gland) Epithalamin, which causes the human epiphysis in the right rhythm to produce a "hormone of youth" melatonin;
a preparation from the peptides of the thymus (thymus gland) Timalin, responsible for the restoration of immunity, as well as for the braking ability of the immune system in cases of autoimmune diseases, i.e. for regulation in the full sense of the word.
Despite the fact that the preparations Epithalamin and Timalin were created by V.Havinson and colleagues in the walls of the Military Medical Academy in the 70s of the last century, they are still manufactured and sold. Subsequently, a new generation of more effective peptide bioregulators of the classes Cytomax (natural peptides) and Cyto- genes (natural synthesized peptides) was created. The right to manufacture the latest developments of peptide regulators belongs exclusively to the company NPCRIZ

The successor of Timalin is the peptide preparation of thymus Vladonix.
The successor of Epithalamin was the most potent peptide drug of the epiphysis, which was named Endoluten - the Golden Standard of Longevity. Thanks to this drug the concentration of melatonin in the body increases, all the body systems are affected. According to  Chavinson, this is the only drug that showed in the experiment an increase in life expectancy by 42%.