2017 I was returned to life by peptides NPCRIZ 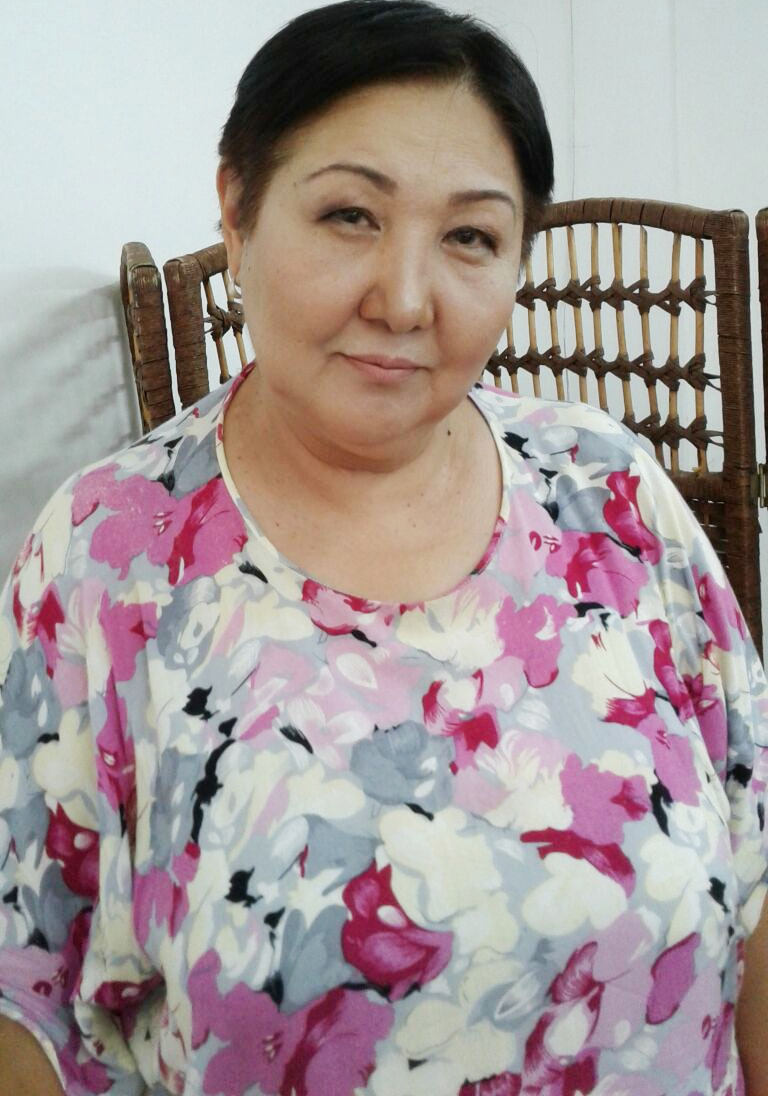 "My name is Zhibek Aidarbekova. I am 58 years old. I live in Almaty, I am a retired police major, now I'm an invalid of the 2nd group. Head trauma was received during the performance of official duties. When I was in the service, I returned home in the uniform. I was not given an official car, and I had to take a taxi. Near the house, two drug addicts were lying in wait for me, they beat me, only a centimeter was not enough for my temple. There was a strong bruise of the brain, which passed into a tumor, a pineal gland cyst, severe pain from the side of the blow, burning. The feeling that the blood vessels in my head burst, the pressure was constantly leaping, tachycardia. The question was about the operation on the brain. Injury caused a complication in the eye: retinal detachment, cataract, glaucoma began. Strongly ache broken broken rib.

In addition, chronic diseases began to appear. And a strong, terrible depression. I just did not want to live. As doomed, I drank 12 tablets a day and did not know how to get out. But it was necessary to raise children.

I was looking for ways to restore health, turned to doctors, took products in different companies. But nothing helped, everything was temporary. I read about the peptides of Havinson in the newspaper The Healer. At first I strongly doubted, I regretted the money. There was a great sense of fear of the unknown. But common sense won, I still decided, I believed our Soviet scientists. And I do not regret for a minute! The results simply shocked everyone: me and the doctors! For a year I went through several courses of treatment with peptide drugs. The body was collected in pieces: raised immunity, worked with blood vessels, brain, restored the hormonal and endocrine background, the structure of bones and joints.

In the first month of treatment, I had pains, mobility in the joints was restored, the rib ceased to hurt. The pressure was normalized, the hormonal background was restored. Vision gradually began to return. And most importantly - the operation on the brain was no longer needed! From the day of the trauma, I was observed in the city hospital. After several courses of treatment with peptide drugs, I came for another examination - an encephalogram. There was a new doctor. After inspecting, he said that in the testimony there is no clinic, all according to my age. And even looked at me with suspicion. Tumors as did not happen.

I told the doctor about peptides, but he did not believe it, he said that this can not be. I had to bring him the last pictures. Such miracles are created by peptides of Chavinson. They brought me back to life. Now it is fashionable to live long and qualitatively, to be young, healthy and beautiful! "