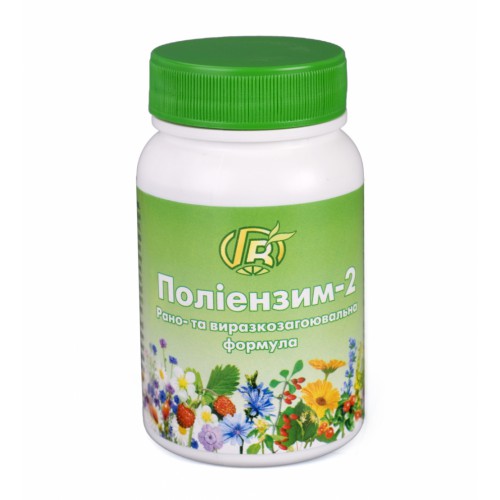 This dietary supplement was created with the aim of optimizing the diet in people with pathology of the digestive system and providing therapeutic and preventive care for functional disorders and inflammatory diseases of the gastrointestinal tract (erosive and ulcerative lesions).

It is produced on the basis of natural peptides and medicinal plants of the Crimea (calamus, chamomile, motherwort, yarrow, licorice). Preservative - natural honey.

Designed to optimize nutrition in individuals with digestive disorders.

Act:
- has anti-inflammatory and regenerative effects;
- promotes the rapid healing of ulcerative defects of the skin and mucous membranes;
- normalizes the secretory and motor functions of the digestive tract;
- has a disinfecting and enveloping effect in acute poisoning;
- beneficial effect on the hematopoietic and immune systems;
- is an effective means of seasonal prevention of peptic ulcer disease;
- has a trophic and reparative effect;
- increases appetite;
- stimulates the secretion of gastric juice;
- contributes to the discharge of gases;
- normalizes the digestive tract;
- stimulates the production of interferon;
- removes toxic foreign substances from the body;
- regulates water-salt metabolism.

Air in many nations is considered a universal remedy. It alleviates pain, soothes the inflamed mucosa, has an enveloping, antimicrobial, anti-inflammatory, disinfectant, wound healing and mild sedative effect, increases the overall tone of the body. Acorin, which is part of calamus, affects the taste buds of the tongue, which causes an increase in appetite, stimulates the secretion of gastric juice, and promotes the discharge of gases. Tannins reduce the acidity of gastric juice.

Chamomile. Ancient healers considered it an effective painkiller, used for nervous disorders, overwork and loss of strength. Hippocrates likened it to the sun because it cured malaria. It relieves edema of the gastric mucosa, reduces spasms and fermentation processes in the intestines, has anti-inflammatory, disinfectant and regenerative effects, and has an antiulcer effect.

Motherwort has been known since the Middle Ages as a valuable medicinal plant - universal. It has a sedative and anti-inflammatory effect, has bactericidal properties, regulates the activity of the gastrointestinal tract, especially against the background of functional disorders of the nervous system.

Yarrow (trees) - an ancient folk wound healing and hemostatic agent. It has bactericidal and general strengthening properties, has anti-inflammatory, soothing and relaxing effects, helps to stop bleeding. People call it a “green bandage”.

Licorice is known for 3000 years before our era, is considered a means of preserving beauty and youth. It has antispasmodic, restorative, antimicrobial properties, normalizes the secretion of digestive glands, increases the gastrointestinal mucosa, affects metabolism, and regulates water-salt balance. It activates the production of mineralocorticoids in the adrenal glands, which enhance the production of protective factors in the gastric mucosa.