Polyenzyme - 4.1 - restoration of the ovaries 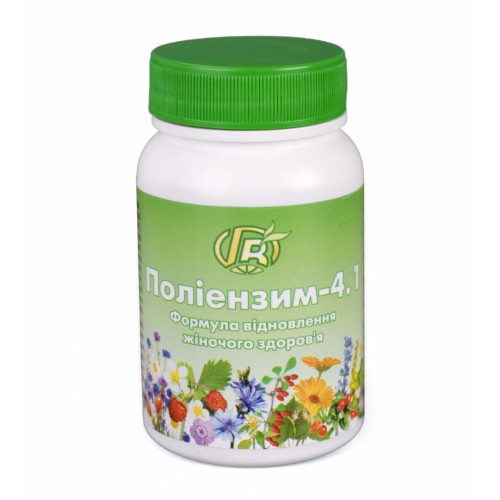 IMPROVES FUNCTION OF OVARIES, PRODUCES PRODUCTION OF OWN FEMALE HORMONES

It contributes to the normalization of female hormonal status, the prevention of inflammatory diseases of the genitourinary sphere, dysfunctional uterine bleeding.

It is produced on the basis of natural enzymes and medicinal plants of the Crimea (marshmallow, raspberry, nettle, rose). Preservative - natural honey.

Marshmallow - a plant known as a medicinal since ancient times. It has strong anti-inflammatory, reparative and analgesic properties, has a softening, enveloping and disinfecting effect when douching. Althaeus - translated from Greek as "to heal". Regenerates the damaged mucous membranes of the genitourinary sphere, regulates the level of hormones.

Raspberries are one of the oldest and most popular berry crops on Earth. It has antimicrobial, anti-inflammatory, analgesic, wound healing, sedative effects, stops uterine bleeding, relieves cramps, reduces the severity of menopausal symptoms, has a general strengthening and tonic effect on the female body, and regulates metabolic processes. Ferulic acids tone the pelvic muscles, selectively relax the muscles of the uterus, relieve menstrual pain.

Nettle is an anti-inflammatory, analgesic, blood purifying and hemostatic agent, accelerates regenerative processes, improves metabolism, normalizes hormonal balance and the menstrual cycle, is effective for menopausal, postpartum and juvenile bleeding, has a hematopoietic and tonic effect, an excellent lactogen. Biologically active substances similar to female sex hormones were found in nettles. Among the plant world, it is difficult to find a plant that, by its biological activity, could have such an effect on the human body as dioecious nettle.

According to ancient Greek tradition, a rose is that which in nature is both beautiful and useful. It has antibacterial, anti-inflammatory and antispasmodic properties, accelerates granulation and epithelization, has a general tonic and antidepressant effect. If you want to be beautiful, wash yourself with rose juice! (Avicenna).