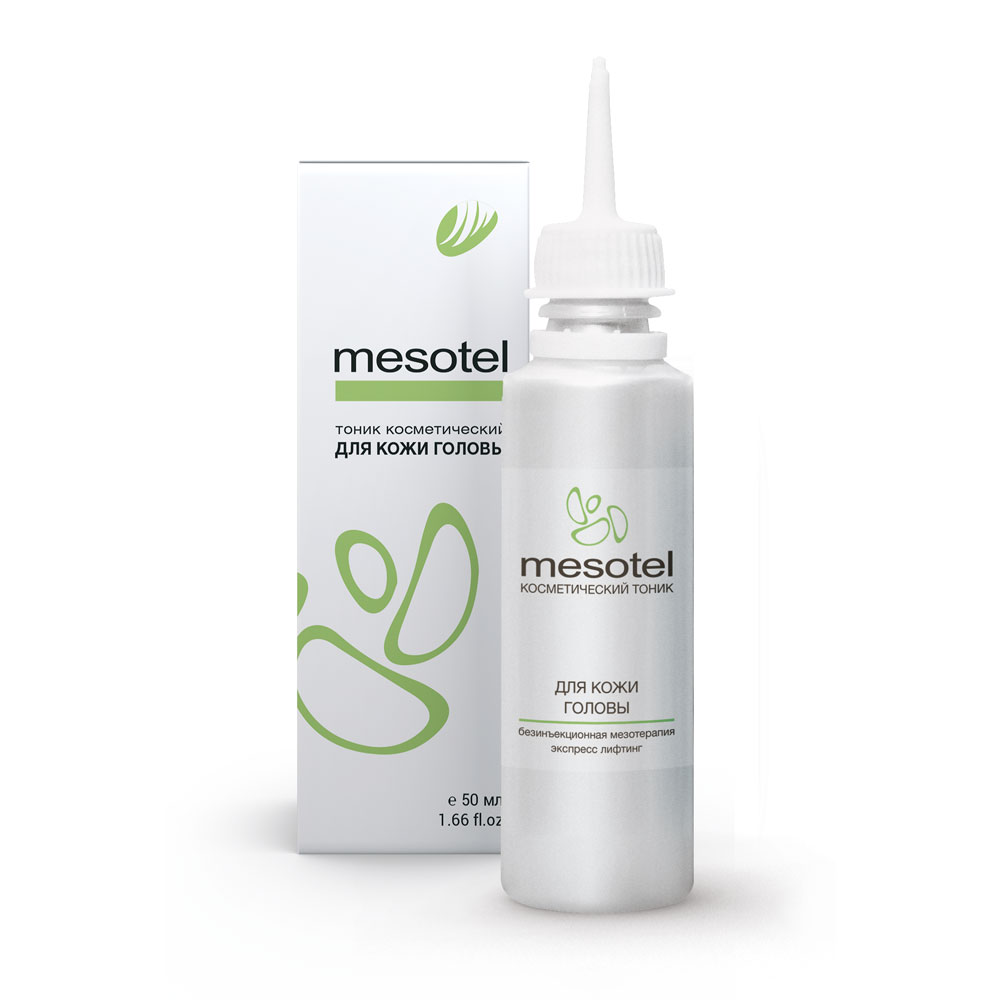 • improves elasticity of the hair

Other components
In the outer mesothelium based complex NRE -4 + ® Neovitin laid a number of high-level ingredients and extracts that allow them to work purposefully and effectively on their respective areas of the skin.
In the outer mesothelium Scalp used panthenol . This vitamin B5 complex factor derived from yeast and wheat germ . Panthenol not only stimulates the regeneration and synthesis of collagen in the skin , making it applicable in the mesothelium , face and body , but also significantly strengthens the hair , penetrating into their trunks and holding there for a long time. He makes them resistant to thermal, chemical and mechanical damaging factors. He is assisted by a set of active extracts of burdock , hops and nettle , which has anti-inflammatory and tonic effect, prevents the formation of dandruff , hair loss and early graying of hair.

Apply 2-3 ml of mesotel on the scalp acrea and massage in. Rinse your hair and clean your scalp  after 30 minutes. Course duration is 3 months.