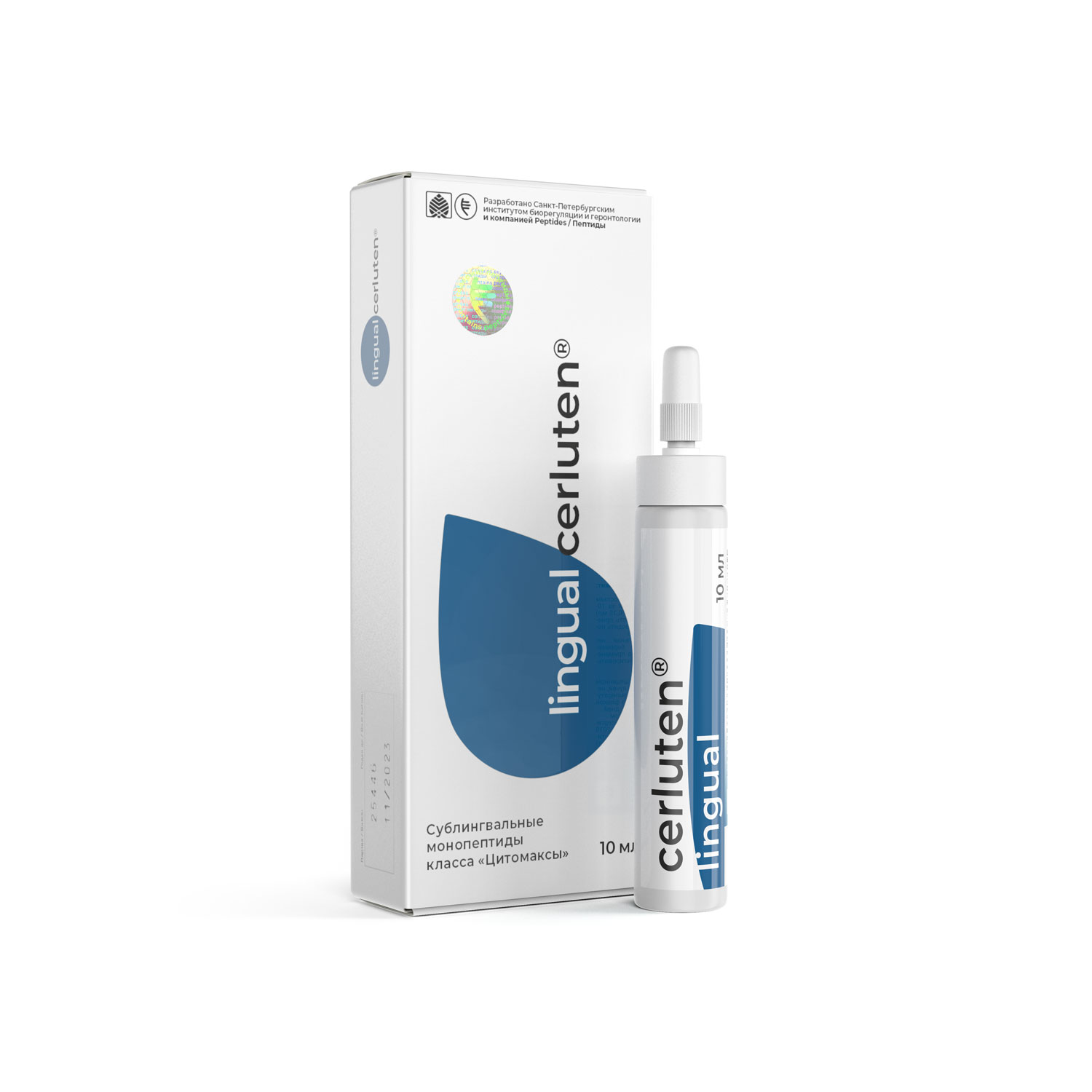 The efficiency of CERLUTEN LINGUAL food supplement was defined at clinical studying. It is effective for complex recovering of central nervous system functions after diseases of various genesis, at the pathological states leading to violation of brain functions, at influence of external environment extreme factors, malnutrition, and also at aging.

Cerluten is recommended to people of all ages, especially elderly or those under high stress, as a prevention and maintanance of a stable central nervous system. It is also highly effective if used in addition to a conventional therapy treating various brain diseases and dysfunctions such as: consequences of an apoplectic stroke, craniocerebral injury, encephalopathy caused by ischemic аtherosclerosis and many others.